NCERT Solutions for Class 6 Science Chapter 15 Air Around Us

NCERT Solutions for Class 6 Science Chapter 15 Air Around Us

Question 1. What is the composition of air?

Answer:- Air is a mixture of nitrogen, oxygen, carbon dioxide, water vapour and a few other gases. Some dust particles may also be present in it.

Question 2. Which gas in the atmosphere is essential for respiration?

Answer:- Oxygen gas in the atmosphere is essential for respiration.

Question 3. How will you prove that air supports burning?

Question 4. How will you show that air is dissolved in water?

Answer:- To prove that air is dissolved in water, heat water in a pan. You’ll notice small bubbles on the inner surface of the pan just before it boils. These bubbles are formed because of air dissolved in water.

Question 5. Why does a lump of cotton wool shrink in water?

Answer:- Lump of cotton wool has air, when water replaces the air from it, the cotton lump becomes heavy and also shrinks due to removal of the air gaps.

Question 8. List five activities that are possible due to the presence of air.

Answer:- List five activities that are possible due to the presence of air are following:-

Question 9. How do plants and animals help each other in the exchange of gases in the atmosphere?

Answer:-  Plants need carbon dioxide for performing photosynthesis and during this process they also release oxygen which animals need for respiration. Animals release carbon dioxide gas during respiration which plant use. In this way, plants and animals help each other in the exchange of gases in the atmosphere 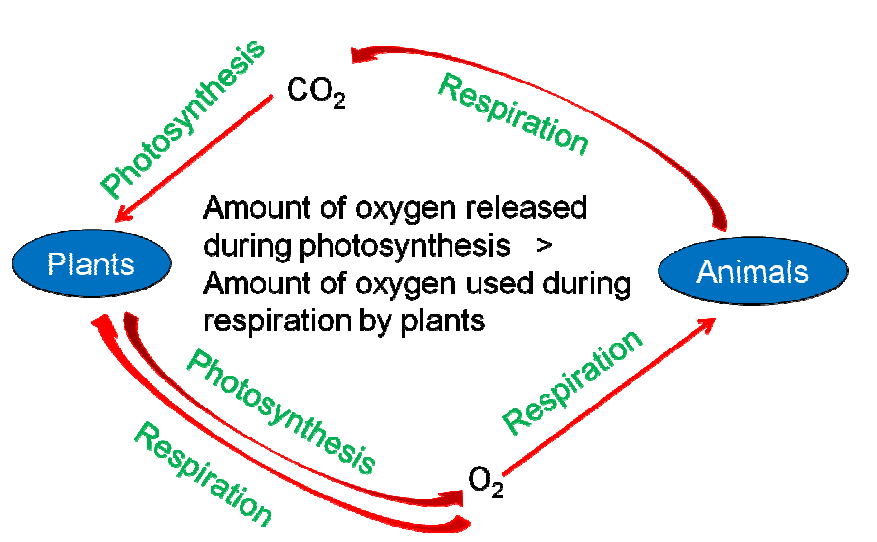