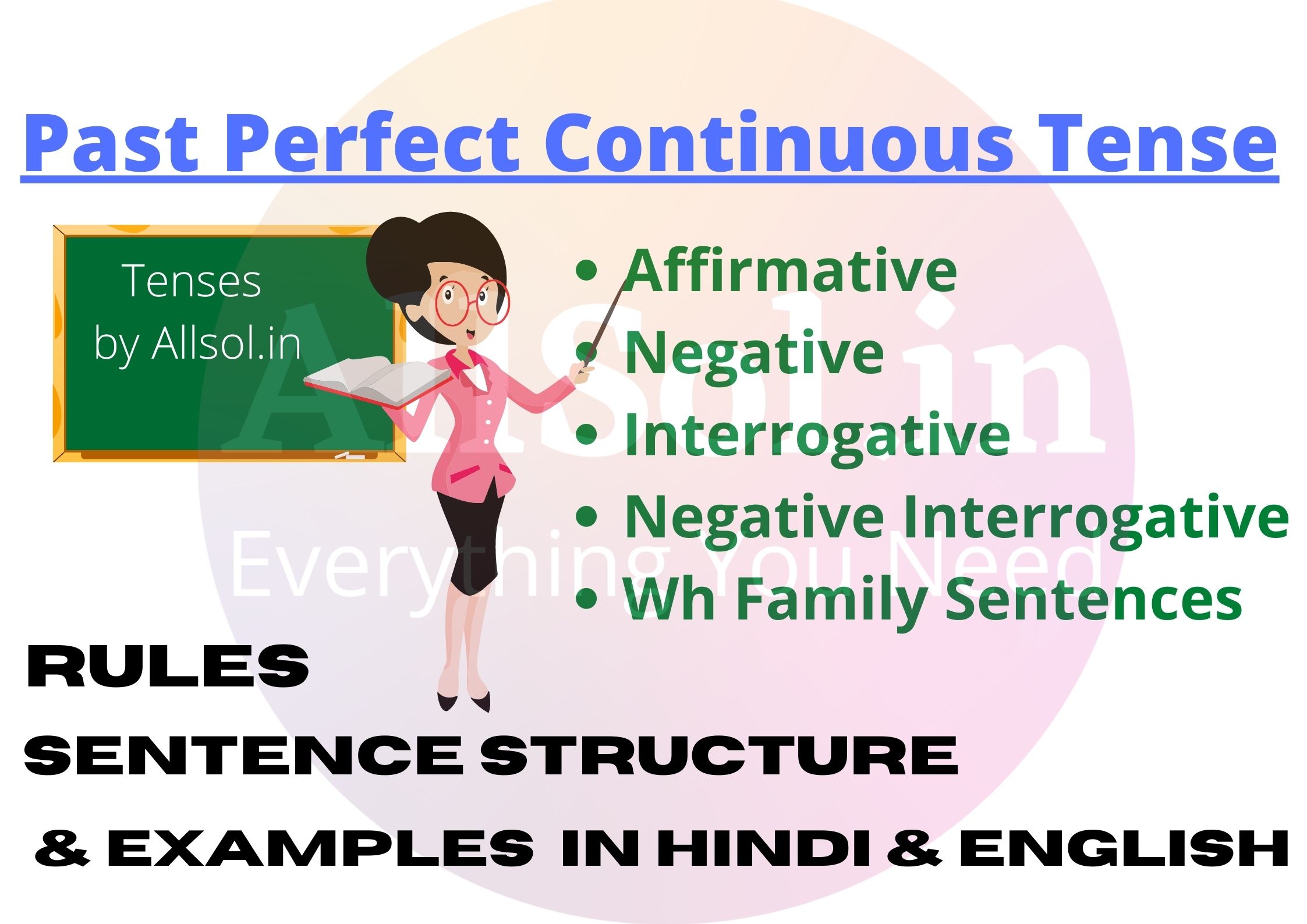 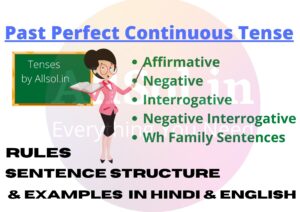 Where had he been going since 1990? Who had been teaching Raj since evening? How have you been finishing your homework since Friday? Which serial were you watching at night for 5 months? How had Radha been going to school since noon? Why had the squirrel been climbing the tree since evening? What have you been wanting since 15 minutes? what have you been doing since morning? Why had he been looking at her like this since yesterday? What was Pankaj doing there for 5 years? Why were you not going to the hospital for five days? Why were you not respecting the Guru?

With whom have you not wanted to fight since yesterday? Who was not knowing you there for fifteen years? Who had not been playing volleyball for three days? Why had he not been coming here since morning? Who were you not knowing there since last month? Since when has Radhika not been going to school? Since when have Isha, Yash and Ranjan been doing homework? Why had we been lying since Sunday?