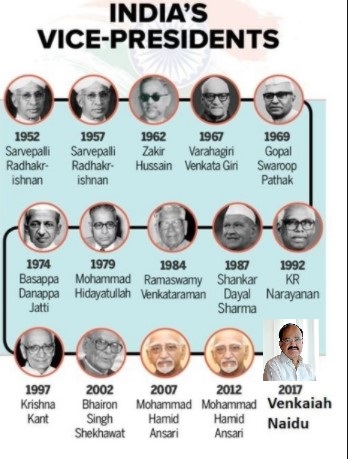 The second highest ranked government official in the executive branch of government is the Vice President of India, who represents the nation in the absence of president and is the co officio Chairman of Rajya Sabha.

The vice president is elected indirectly by an electoral college comprising member from both the Houses. One of the qualification for the post is that the person must be eligible for election as a member of Rajya Sabha.