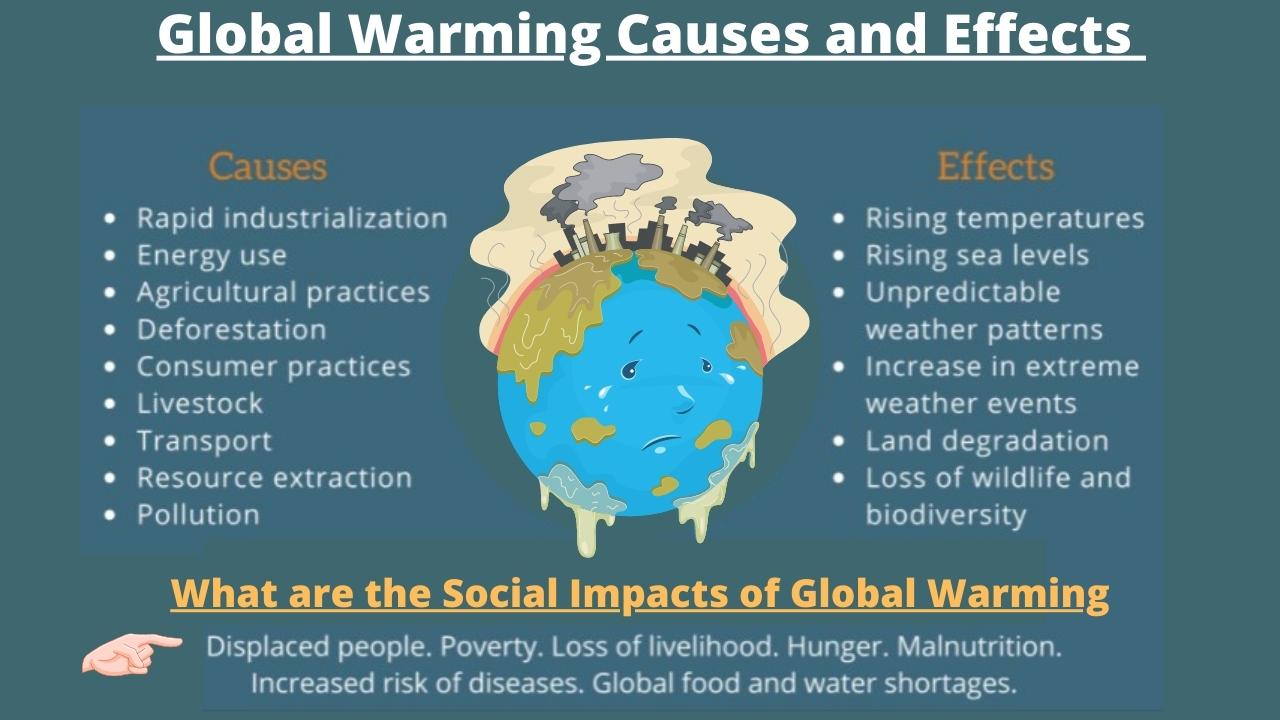 “Global warming is a progressive rise in the earth’s temperature induced by the greenhouse effect, which is caused by growing quantities of carbon dioxide, CFCs, and other pollutants in the atmosphere.

What is Global Warming and How Does It Affect Us?

The phenomena of steady increases in temperature near the earth’s surface is known as global warming. Over the last one or two centuries, this phenomena has been noticed. The earth’s climate pattern has been disrupted as a result of this alteration. The concept of global warming, on the other hand, is divisive, but scientists have produced evidence to support the fact that the earth’s temperature is steadily rising.

There are various factors that contribute to global warming, all of which have severe consequences for humans, plants, and animals. These factors could be natural or the result of human activity. It is critical to comprehend the harmful effects of global warming in order to address the challenges.

The principal causes of global warming are as follows:

The primary source of oxygen is plants. They take in carbon dioxide and release oxygen, allowing the environment to remain in balance. For a variety of home and commercial needs, forests are being depleted. This has caused an environmental imbalance, which has resulted in global warming.

Vehicle use, even for a short distance, produces a variety of gaseous pollutants. Vehicles utilise fossil fuels, which release a lot of carbon dioxide and other poisons into the atmosphere, causing a rise in temperature.

Humans have been releasing CFCs into the environment as a result of their excessive use of air conditioners and freezers, which has a negative impact on the ozone layer in the atmosphere. The ozone layer shields the earth’s surface from the sun’s harmful ultraviolet rays. The use of CFCs has resulted in ozone layer depletion, allowing UV light to enter the atmosphere, raising global temperatures.

The earth’s temperature has been rapidly rising since the onset of industrialization. The hazardous pollutants from factories contribute to the planet’s rising temperature.

The Intergovernmental Panel on Climate Change concluded in 2013 that the global temperature increased by 0.9 degrees Celsius between 1880 and 2012. When compared to the pre-industrial mean temperature, the rise is 1.1 degrees Celsius.

Carbon dioxide and methane gas are produced by a variety of farming activities. These increase the amount of greenhouse gases in the atmosphere and hence raise the earth’s temperature.

As the population grows, so does the number of people breathing. As a result, the amount of carbon dioxide in the atmosphere rises, which is the primary cause of global warming.

Volcanoes are one of the most significant natural causes of global warming. During volcanic eruptions, ash and smoke are sent into the atmosphere, affecting the temperature.

A type of greenhouse gas is water vapour. As the earth’s temperature rises, more water evaporates from water bodies and remains in the atmosphere, contributing to global warming.

Wherever there are glaciers, there is permafrost. It’s a frozen earth that’s been trapped in environmental gases for years. As permafrost melts, gases are released back into the atmosphere, raising global temperatures.

Forest fires, often known as forest blazes, produce a tremendous volume of carbon-containing smoke. These gases are released into the atmosphere, causing global warming by raising the earth’s temperature.

The following are the most significant consequences of global warming:

Coral reefs have been harmed by global warming, which could result in the extinction of plants and animals. The fragility of coral reefs has been exacerbated by rising global temperatures.

Changes in the Climate

Heat and humidity patterns alter as a result of global warming. This has resulted in the spread of diseases-carrying mosquitos.

A high rate of mortality

The average death toll frequently rises as floods, tsunamis, and other natural disasters become more common. Furthermore, such incidents have the potential to spread diseases that endanger human life.

Several plants and animals lose their habitats as a result of global climate change. In this situation, the creatures are forced to leave their native home, and many of them become extinct as a result. Another big effect of global warming on biodiversity is this. 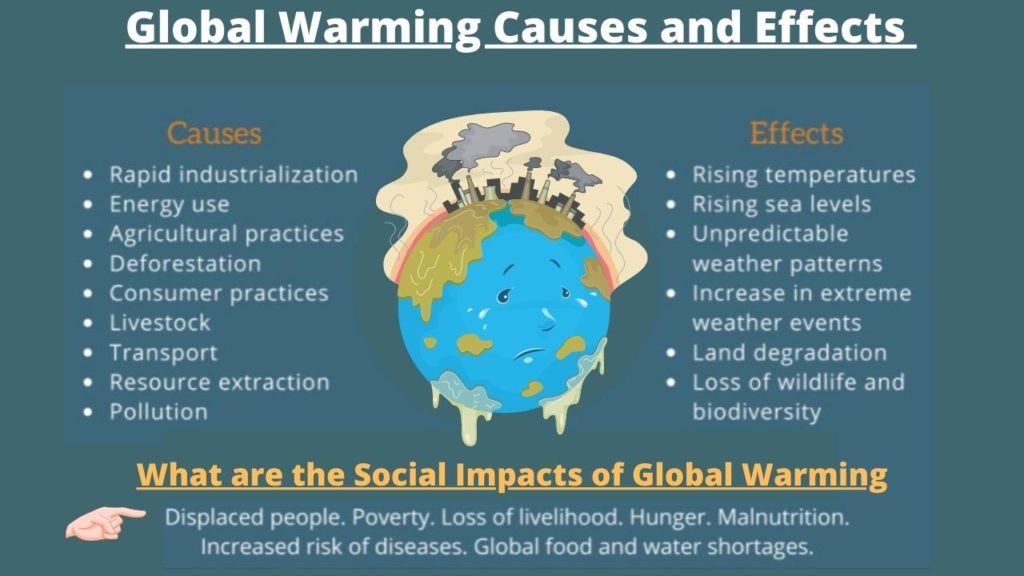 On this website you will get the latest study materials, as well as updated news and all relevant information for all boards of educations, college admissions, entrance exams, and Government job Exams. We also provide detailed methods of Career making in different fields. Here on this page you can get direct link for  NCERT  Book, NCERT Solutions, CBSE Latest Sample Papers, Previous Years Question Papers, CBSE Updated Syllabus, Detailed Chapters of Grammar, Essays, Letters, Applications, Updated Date Sheet of all classes , Results of board classes and CBSE & NCERT Related current NEWS on daily basis, which are important for teachers as well as for students.

Those who are planning to crack Govt jobs exams can check our Banking exams preparation section, SSC exams preparations section, Daily current affairs section and Vedic maths section for quick and complete preparation. Each and every topic which are essential from examination point of view are provided here in details.