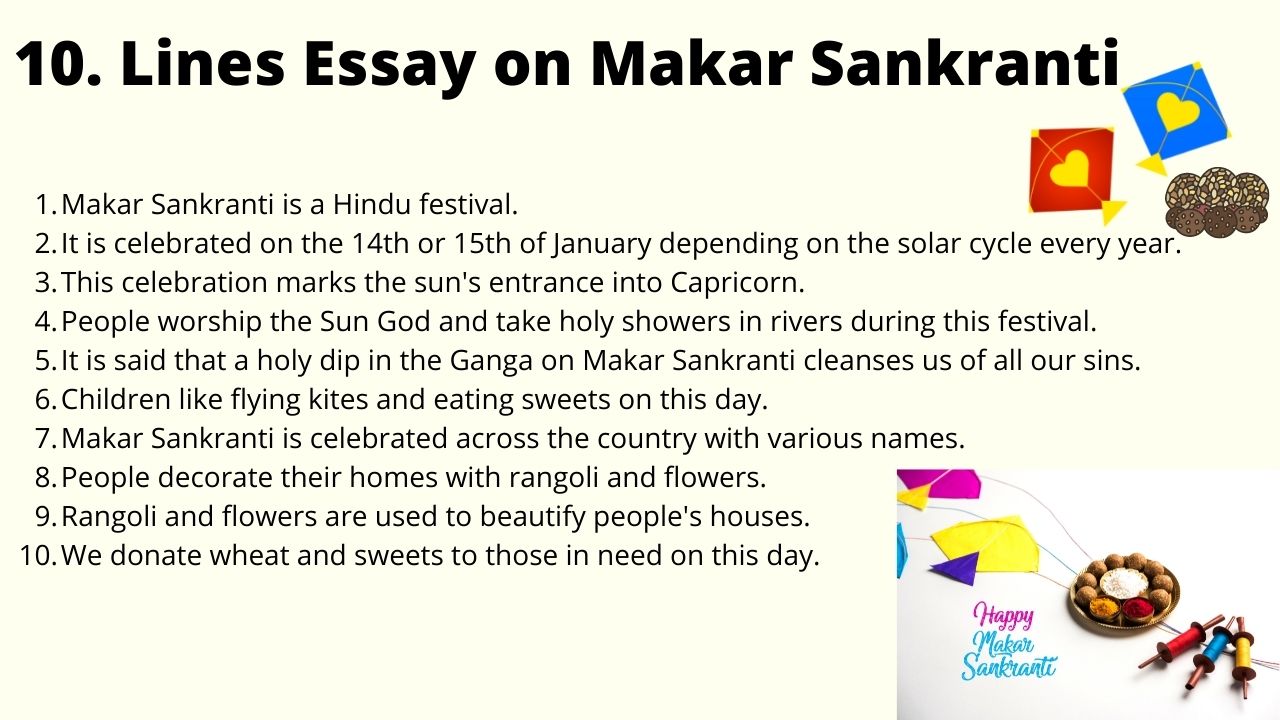 India is known for its festivities. Makar Sankranti is one of the most significant Hindu festivals, which is celebrated with tremendous delight and happiness. Every year on the 14th or 15th of January, depending on the solar cycle, the celebration is held. People celebrate the occasion by taking a holy dip in the river early in the morning and praying to the sun, who is one of the many Gods in Hindu mythology.

Makar Sankranti is made up of two words: Makar and Sankranti. Makar means Capricorn, and Sankranti means transition, hence Makar Sankranti refers to the sun’s passage through Capricorn (Zodiac sign). Furthermore, according to Hinduism, this is a very important and auspicious date, which is celebrated as a festival.

The movement of the sun into Capricorn is auspicious, and we Indians believe that a swim in the sacred river Ganga washes away all your sins and purifies and blesses your spirit. It also represents a rise in spiritual light and a decrease in physical darkness. From Makar Sankranti forward, the days get longer and the nights become shorter, according to science.

Furthermore, it is believed that taking a bath in the sacred ‘Triveni Sangam’ (the place where the Ganga, Yamuna, and Brahmaputra meet) in Prayagraj on Makar Sankranti during the ‘Kumbh Mela’ has significant religious significance. If you take a holy plunge in the river at this time, all your sins and obstacles will be washed away with the river’s flow.

Makar Sankranti is a Hindu festival of charity.

The festival also has a charitable component. The holiday includes giving wheat, rice, and sweets to the poor and needy. It is a belief that if a person contributes with an open heart, God would bless him with success and happiness, as well as eliminate any difficulties from his life. That is why it is referred to as Khichdi in Uttar Pradesh and Bihar.

To summarise, we may say that it is a significant celebration. Furthermore, it is significant not just from a theological but also from a scientific one. It is also a holiday of happiness and joy, as well as interacting with others. The festival’s true goal is to teach people to be courteous of others and to live in peace and harmony with one another.

Above all, be sweet to others, just like the til and jaggery that come together to make a delectable treat. 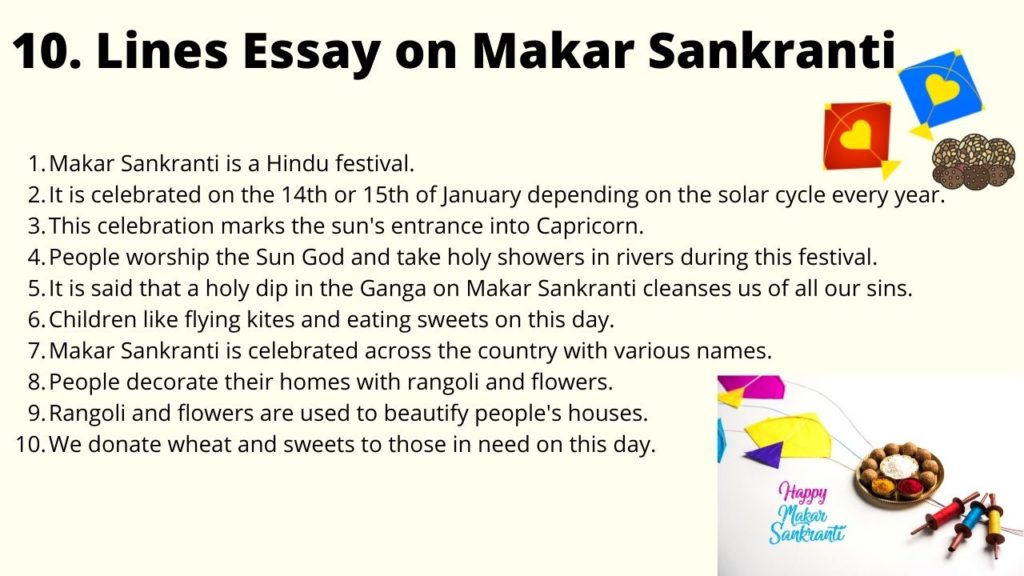