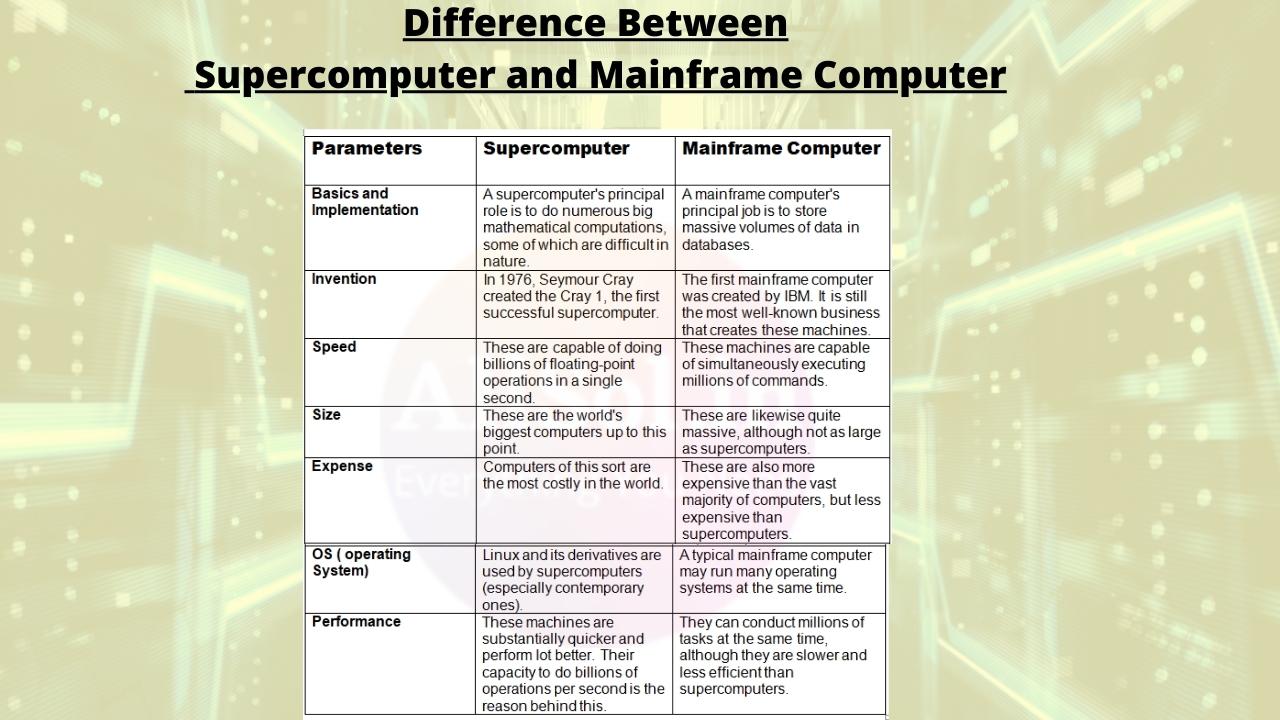 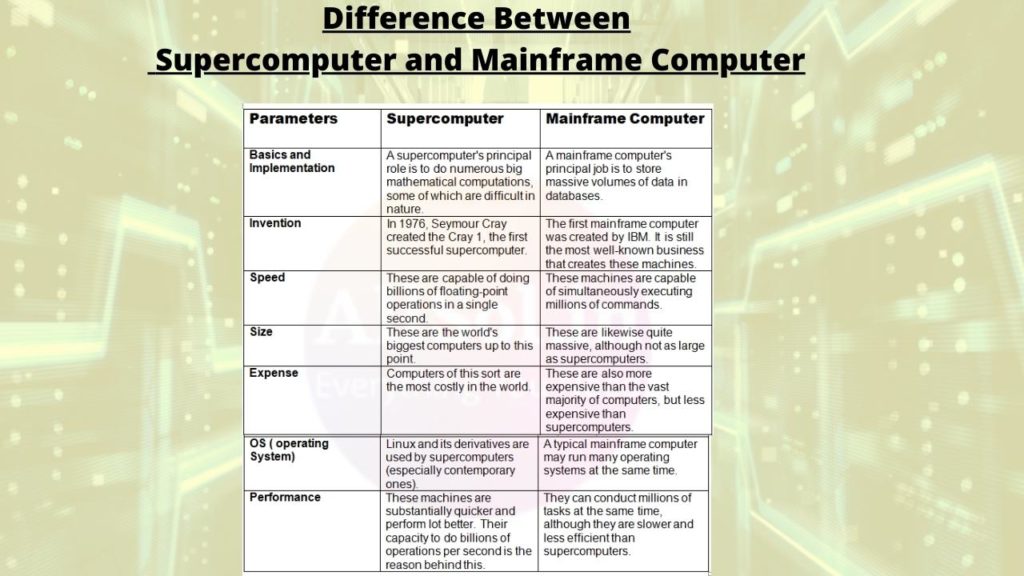 Know the Difference Between Supercomputer and Mainframe Computer

Both of these types of computers are the most powerful to date. Supercomputers and Mainframe Computers differ fundamentally in terms of size, performance, operations, and other factors. We’ll talk about it in this article. But first, let’s get a basic understanding of both of them.

Both sorts of computers have distinct functions. Supercomputers are primarily used to do more difficult mathematical calculations at a quicker rate. On the other hand, the mainframe computer serves as a server. It has multiprogramming, a wide number of I/O devices, and support for huge databases (databases).

What is a Supercomputer?

When it comes to computer sizes, these are the most substantial. As a result, they are the most costly on the market. Seymour Cray is credited with inventing the supercomputer. These aid in a variety of complicated and large-scale mathematical operations. Their speed is also rather great when compared to mainframe computers. It means that a supercomputer may potentially execute billions of instructions in a single second (or floating-point instructions).

What is a Mainframe Computer ?

These computers are likewise quite sophisticated, although they are far smaller than supercomputers in terms of size. In addition, mainframe computers have a slower processing speed and can store vast volumes of data. These computers are reasonably priced and perform well at simple tasks. The first mainframe computer was created by IBM. It executes millions of instructions at the same time, although at a slower rate than supercomputers. Even yet, these are rather quick.

On this website you will get the latest study materials, as well as updated news and all relevant information for all boards of educations, college admissions, entrance exams, and Government job Exams. We also provide detailed methods of Career making in different fields. Here on this page you can get direct link for  NCERT  Book, NCERT Solutions, CBSE Latest Sample Papers, Previous Years Question Papers, CBSE Updated Syllabus, Detailed Chapters of Grammar, Essays, Letters, Applications, Updated Date Sheet of all classes , Results of board classes and CBSE & NCERT Related current NEWS on daily basis, which are important for teachers as well as for students.

Those who are planning to crack Govt jobs exams can check our Banking exams preparation section, SSC exams preparations section, Daily current affairs section and Vedic maths section for quick and complete preparation. Each and every topic which are essential from examination point of view are provided here in details.