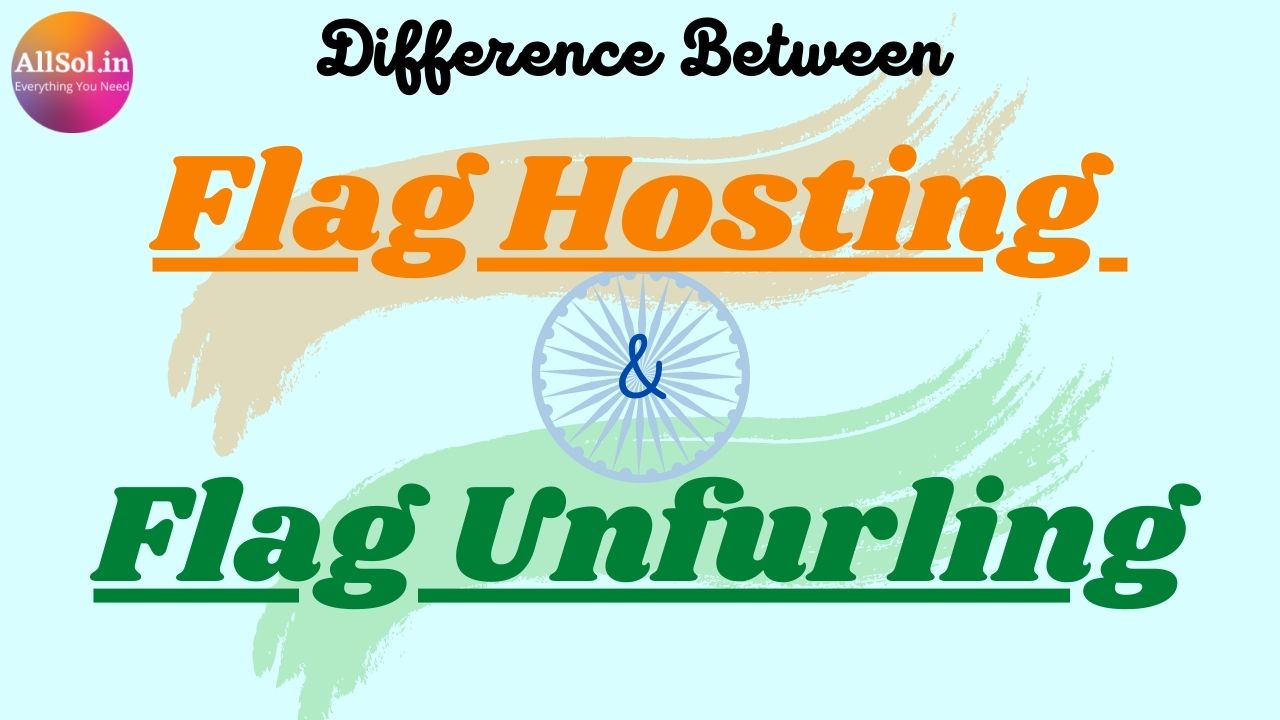 There are three major differences between ‘hoisting’ and ‘unfurling’:

1. Positioning of the ‘National Flag’:

The tricolour is affixed to the bottom of the pole on August 15th (Independence Day). The Prime Minister then raises (pulls) it up and hoists it in honour of Independence Day’s historical significance. On Republic Day (January 26), however, the national flag is folded and knotted at the top of the pole, then unfurled without being pulled up. This exercise is carried out to demonstrate that the country has achieved independence.

2. Who has the authority to “hoist” or “unfurl” the tricolour:

The second significant distinction is that on Independence Day, the country’s Prime Minister, as the head of government, hoists the flag. On Republic Day, January 26, the President of India unfurls the flag as he attends the celebration as the nation’s first citizen to hold the position of constitutional leader.

3. The location of the celebration, i.e. the event location:

Flag hoisting takes held at the Red Fort in New Delhi on Independence Day. From the ramparts of ‘Lal Quila,’ the Prime Minister addresses the country. On Republic Day, however, the national capital’s Rajpath hosts a joyful event. At the Rajpath, the President raises the flag.