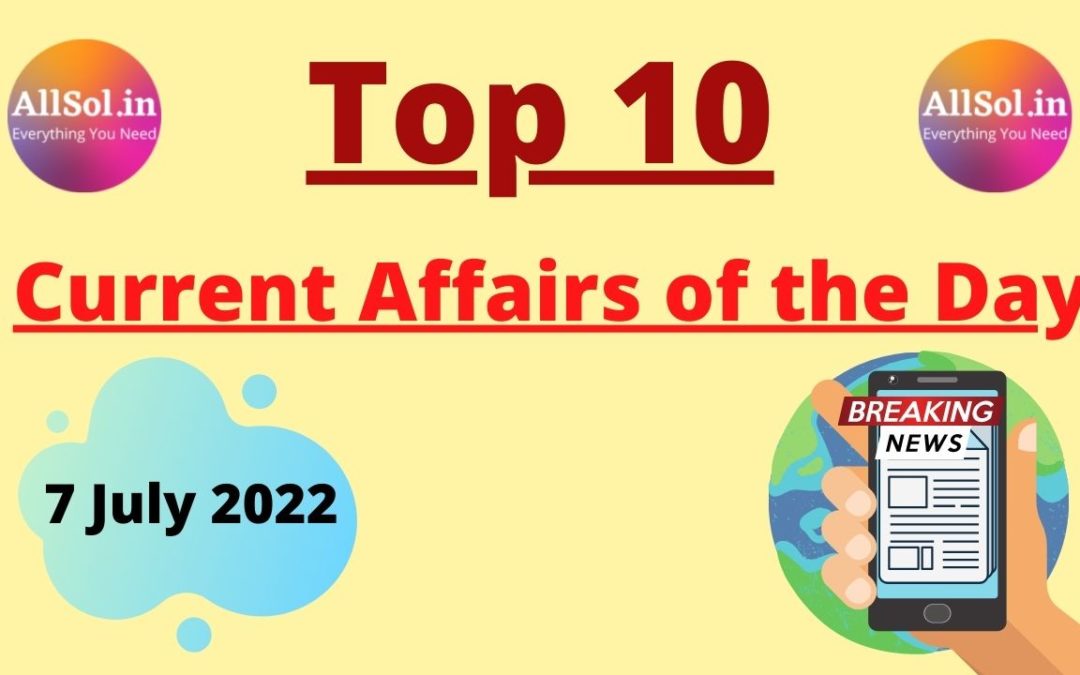 In competitive tests, current affairs, as well as static awareness, are significantly weighted. The examination questions have been changed in format. The focus of the examiner has shifted away from rote memorization and toward intellectual clarity. Due to the abundance of current events sources, daily current affairs reading may be time consuming. We’ve put together an overview of the most important current events of the day to help you prepare and save time. In this post, ALLSOL.IN gives daily GK and current affairs; you can also download all significant news in PDF format. You can also use Current Affairs Quizzes to keep track of your progress.

Q1. When has the “International Plastic Bag Free Day” been celebrated recently?

Q3. Where has the Indian Army organized Security Manthan 2022 recently

Q4. Recently who has been appointed as the brand ambassador of Fancode

Q5. Which has been chosen as the “‘Most Favorite Workplace of the Year 2022”

Q8. Recently the government has approved the proposal to establish the Bank Board Bureau (BBB) in place of

Q9. Recently India has gifted 75 ambulances and 17 school buses to which country on the 75th anniversary of its independence 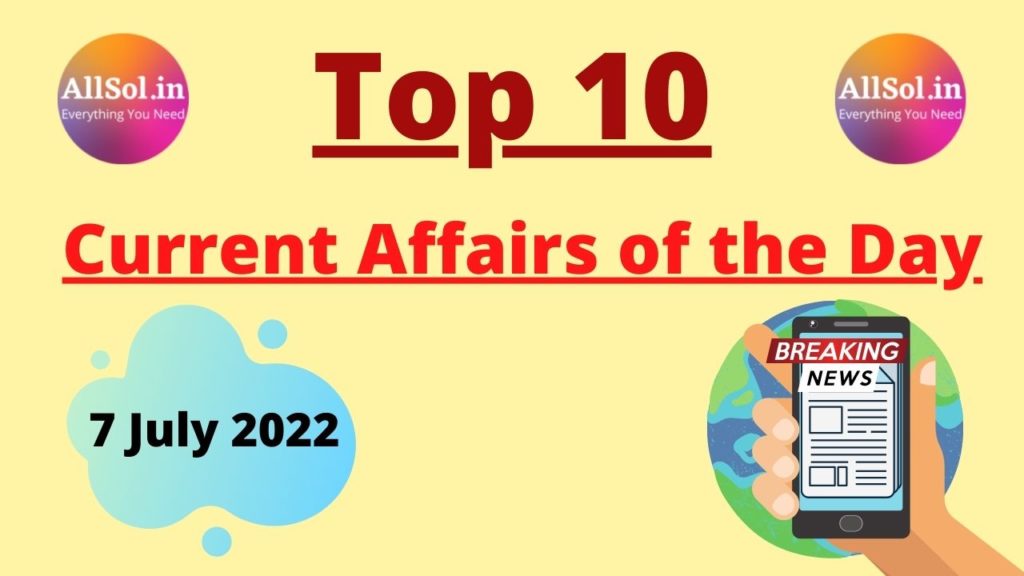