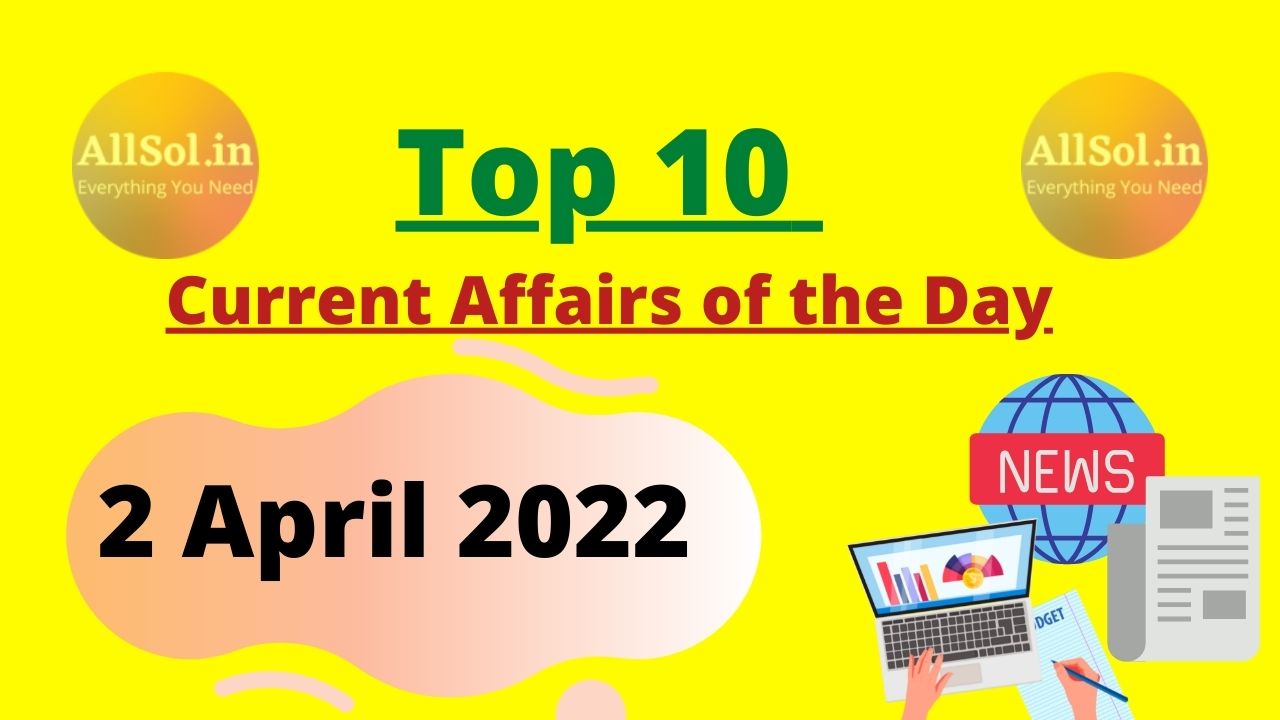 Q1. Who has been appointed as the Vice Chairman of Tata Steel Board in March 2022

Q2. Where is the Catch the Ten Campaign 22 launched by President Ram Nath Kovind in March 2022

04. Which of the following city has been declared as the most noise polluted city by UNEP

Q5. Where has the Bharat Bhagya Vidhata Mahotsav been inaugurated by Smriti Irani recently

Q6. Who among the following has been given the Time 100 Impact Award for Mental Health Awareness

Q7. Recently who has announced to step down as Chairman of the Board of Infrastructure Leasing and Financial Services (IL&FS)

Q8. Recently, S Jaishankar participated in the 18th BIMSTEC ministerial meeting, in which city it is organized

Q9. What is the rank of India in the Hurn Global U40 Self-Made Billionaire 2022 released by Hurun Research Institute recently